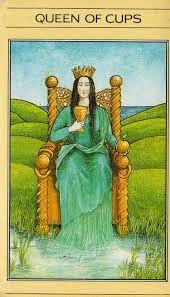 Relying on her intuition before her intellect, The Queen of Cups ' drinks deeply from the cup of life. '
I identify strongly with this Queen, because of her capacity for deep feeling emotion. She embodies an open heart, intense passion, and heralds the deepening and the development of the inner life.

I have never been much interested in intelligence quotient, as I have come to believe that an emotional quotient is far more important in life. I say this because I had a living problem, living life on life's terms. From the early age of five I learned to suppress, and then repress my emotion. In doing so, resulted in developing what I'll call, a disease of the emotion, and my heart was closed up tight.

Being hurt was the very thing I feared, which inevitably, happened over and over again, and it became a kind of self-fulfilling prophecy.

After twenty years of hard learned lessons, I now have an open heart and I've  learned balance it with wisdom, which has enabled me, like the Queen of Cups, to drink deeply from cup of life, and for that, I am deeply grateful. 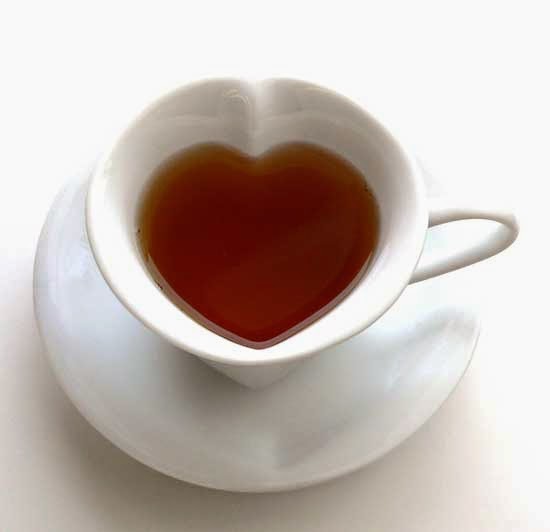 I am sipping a bit from your cup today. I have pulled yet another sword (Justice). Gratitude for this cup is so importation. Drinking from it whatever it contains and live with it. O happy day!!! I'm getting older !!!YAY

Gratitude works wonders in every regard. Drink deep, friend! :)

For sure NP my happiness is proportional to my gratitude!