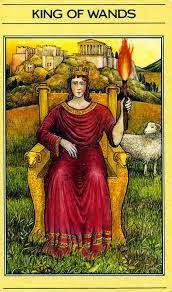 In spite of the character defects that the King of Wands can exhibit, possessing a haughty and quick temper,  a know it all attitude, with a tendency to be bossy, regardless, he is still an honest, a self-starter, and a natural leader. Full of creative imagination, energy and action. He can back up his ideas and is a real visionary.

We can clearly see the King of Wands has many positive personality traits, that a leader needs. That said, he seems to be a bit of a contradiction. He can be selfish, impatient, and intolerant with other's imperfections, and limitations. He may think of himself as being the general manager of the Universe but simultaneously he can very generous and kind.

When I reflect on the qualities of a good leader, being bossy, opinionated and intolerant of others imperfections, having a short temper, these are not personality traits that come to mind. I think perhaps the King of Wands like this, may have been exposed to a father who exhibited these negative characteristics and behaviours and may have something to prove.
What comes to my mind as a vital leadership quality is one who perceives a leader as being first and foremost a servant, who sets an example, as a role model to others.


9 Qualities of the Servant Leader 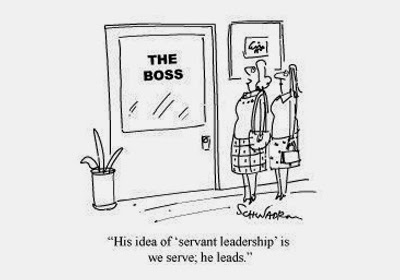