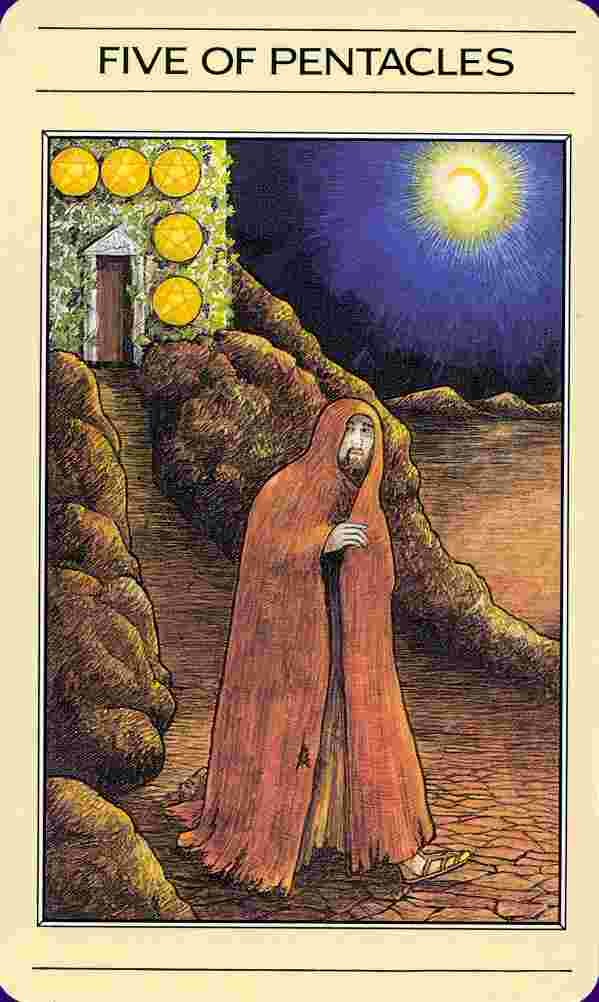 Having a financial or material loss can effect your self-confidence, and the faith you have in yourself. Often those who have fallen on hard times, are often blamed for their own misfortune. We may also blame ourselves or someone else for difficulties and loss.

We live in a world that judges others by what they have, or do not have, by what they have done or what they have not done. It is easy to sit in judgement of another, but it is neither fair nor helpful regardless of the situation. Of course we have a right to our own opinion, but it doesn't mean we are in a position to judge without mercy.

Not many would be have empathy for Daedalus, who has had to forfeit his success, and lost his position because of his unscrupulous character, but he has murdered his own nephew out of jealousy, in order to hang on to his status. Daedalus has been forced to let go, and has hit rock bottom, which will hopefully result in some kind of inner transformation.

Definitely an act of murderous treachery and betrayal and would be punishable by death in another time and place.
I believe retribution, and vengeance are not mine and I am grateful that the God of my understanding, is a God of mercy.

The Five of Pentacles message is a warning to not get caught up in the trap of superficial material gain to define our self-worth, as we are are sure to experience loss and difficulty. We will hit bottom sooner or later, especially if we don't develop a solid inner center within ourselves, where higher ideals are reflected  and manifested in our character.

I think that what we have that is worth having may not always be something physically solid! :)

Such true words you speak

Bev! The 'things' I value you most are not monetary. But if I have my basic needs met that's the bottom line, shelter, food warmth, the rest is gravy. But kindness generosity, love, you can never put a monetary value on for sure, even though there are many who try. <3

The thing I always take from the Five of Pentacles is that asking spirit for help will always bring us closer to what we need, if not what we want...

Yes that's so true. And asking others for help though hard to do if we have false pride, but usually people are happy to help if they can.