A New Way To Think About Temperance 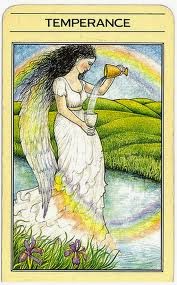 Between 1979-1980 at the age of 26, I moved into the Women's Christian Temperance Union on Gerard and Young St., in downtown Toronto. Why the heck would I ever do that, most people would ask. The simple answer, I needed a place to live. It was one the best things I ever did for a myriad of reasons, which had everything to do with the way I thought about temperance, which were completely unknown to me at the time.

Though I grew up in Toronto, and in parts of Ontario, I was now returning, after years of living in Nova Scotia from the age of 15 years. I was attending school, to study Mime, with a group of approximately 8 other students.  But that's a whole other story.

When I entered the Women's Christian Temperance Union, I approached the woman at front desk. Once I got registered, she informed me, I would be sharing a room with another young women. She said, in her Philippine accent , " Oh Rosemary, she's a , how you say, a very very nice gurl. She doesn't smoke, doesn't drink. You goin' to just love her. She such a very very nice gurl. "

When I got settled into my room Rosemary wasn't there, but arrived within the hour. She immediately asked me, " Do you smoke? " Yes, I answered. "Good!" she said. "Do you drink?", she then asked. I again said, yes. She again answered, " Good! " We're going to get along great!"she replied excitedly.

If you asked what the word temperance meant to me back in the 80s. This would be it. You don't drink, you don't smoke or have per-marital sex. I was clueless. Today I am happy to know I have a new way to think about temperance. Temperance for me is so much more than not drinking or smoking  and all the so called rules that I was wanting to break.

Temperance is all about having a balanced heart, mind, body, and spirit. It's about transfiguration, spiritual insight, rising above what ever negative situation you find yourself in, and about being a compassionate human being. These are some of the characteristics Temperance embodies.

I choose to live a temperate life now, not because I have to, but because I want to, and because of my own personal recovery from alcoholism, and my 20 year road to recovery. It's not about just putting down the bottle, but living life on life's terms, one day at a time. This is what Temperance means to me.

A beautiful and very personal post.
Sometimes I wonder who we would have become without the terrible events of our lives. Would we be more shallow or less temperate and compassionate. Will we ever know if these.dreadful periods were in fact our greatest gifts?

Thank you Ellen for your kind comments.

Definitely I think we would never be the people we are without these experiences that truly do become our greatest gifts. They become our strengths and enable us to be compassionate toward others. We can never change our past but we can change our attitudes. We either become stronger, grateful, and compassionate or weaker, bitter and selfish. I know which attitude I want to always chose!