The Secret Unconscious - The High Priestess 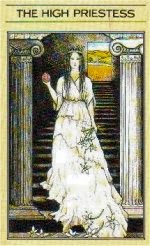 I have been thinking about this card a lot this week. After reading the cards for some time, you start to develop a relationship with them, appreciation for them deepens, and the connections you make between the cards, with life, and with living every day increases.

I have always found the High Priestess a card I very much identify with, and relate to. This past week, having done a reading where this card came up, it has been at the forefront at my mind. At the same time while I was in Halifax at the Art Gallery of Nova Scotia, I got to see a wonderful exhibit and collection that spanned a life time of the great Canadian artist Mary Pratt, whom I admire greatly.  Looking back on these events I see this is where I really made the connection to The High Priestess, and Persephone.

Her painting entitled, Threads of Scarlet, Pieces of Pomegranate,  had a room all of it's own in the gallery, as if it was something almost sacred. Mary Pratt's painting of two pomegranates, one whole, and the other split open, revealed it's seeds and juice, as it spilled onto the table they were placed on.

I had a visceral response to the subject matter, and to the way it was rendered, as it was both beautiful, and disturbing on a level I couldn't pin point, until I read Mary Pratt's explanation of her painting, and under what circumstances she created it. Then I began understand.


She stated this was one of her favourite paintings, and had been done unconsciously, at at time of great emotional upset, after having divorced her husband Christopher Pratt. Upon seeing this painting, of course my thoughts went directly to the High Priestess ( Persephone), who holds a pomegranate in her hand, which is symbolic of both the fruit of the dead, and conjugal love, because of it's many seeds.

In Greek mythology lies Persephone's hidden, mysterious inner world, of the unconscious. Her's is the intuitive world of dreams, fantasy, and visions. Persephone is fertile and full of undeveloped creative potential and does not speak of her secrets.

The inner workings of the unconscious requires patience and the passage of time to reveal the seeds of change and new potential. Not surprisingly, today's card, I drew the High Priestess again.

I found this picture a few hours ago, and it immediately made me think about the High Priestess and Persephone, because she is the intuitive spiritual mother of the underworld, the womb of the unconscious and of the depths of the soul. 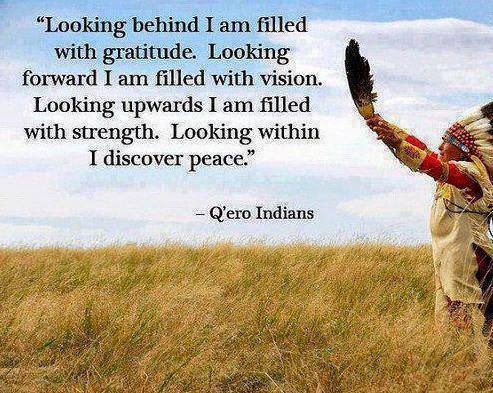 Ha ha, this afternoon I've found the same quote online!
Persephone has so much more backbone than the innocent raped virgin form the myths. Being able to live in both worlds: the dark and the light; that calls for some adjusting and keeping the balance.
Great post my friend. I love it how we all seem to be dancing on the same tune
Hugs

Yes Persephone/ High Priestess/ The queen and guardian of the underworld I think is The Bomb!

Wow, that pomegranate painting is very powerful. I think all of us have times in our lives where we feel broken open like that fruit. But if we can stay centered and spiritually connected, sometimes gifts can be found in unexpected places.

So very true Bev. There are always gifts to be found in the most unexpected places.