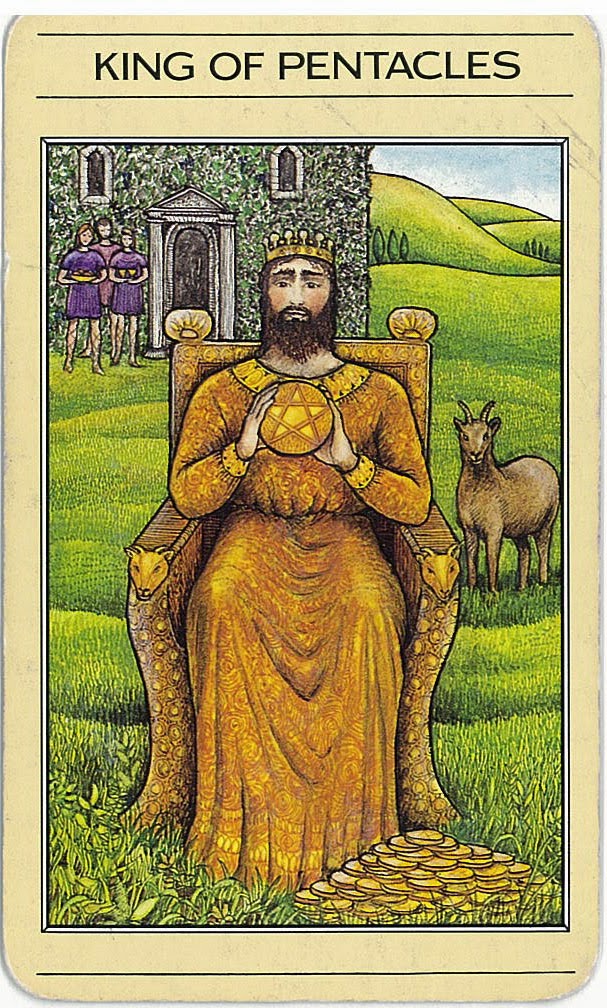 When I draw the King of Pentacles, embodied by the mythic King Midas, my mind promptly goes to the materialistic, capitalistic, corporate, money mongering, fat cats. There is more to this card than meets the eye. Oh there are those that are greedy, craving status, power and position, that seemingly have the Midas touch, similar to the King of Pentacles, and these types fit my description well, however there always exists two sides to every coin and card, both positive and negative.

King Midas was wise and pious, so it is said, and everything he touched turned to gold. He was ambitious and more that willing to work hard for what he wanted, in terms of material comfort and wealth. He was certainly never apologetic for his materialistic nature, and generally put this ahead of everything else, in particular his relationship with himself, others and with the gods.

He showed kindness to a drunk, Silenos, who was tutor to the god Dionysos, The Fool, so in my estimation he can't be all bad. However Midas seemed oblivious or in deep denial  about his own dark temptation toward corruption, and living the 'high' life that has preoccupied and consumed his thoughts.

Although he wanted recognition from others, which is what we all want, simply to be accepted by our peers,  loved by those we have relationships with. We all need to have our most basic and strongest human need met, and to have a sense of belonging, but King Midas got his priorities all screwed up, and has lost his perspective.

After showing kindness toward this drunk, Silenos, King Midas was rewarded by Dionysos, who granted him one wish. He wished for everything that he touched would turn to gold. Midas gave no thought, and had no foresight into what he was wishing for. The great King was starving to death because even his food and drink was turning to gold. Finally after some amusement by Dionysos he took pity on Midas and released him from the golden touch. He had learned the lesson about his own greed and reaching out for help, he managed to save himself from himself.

Love those you belong to. 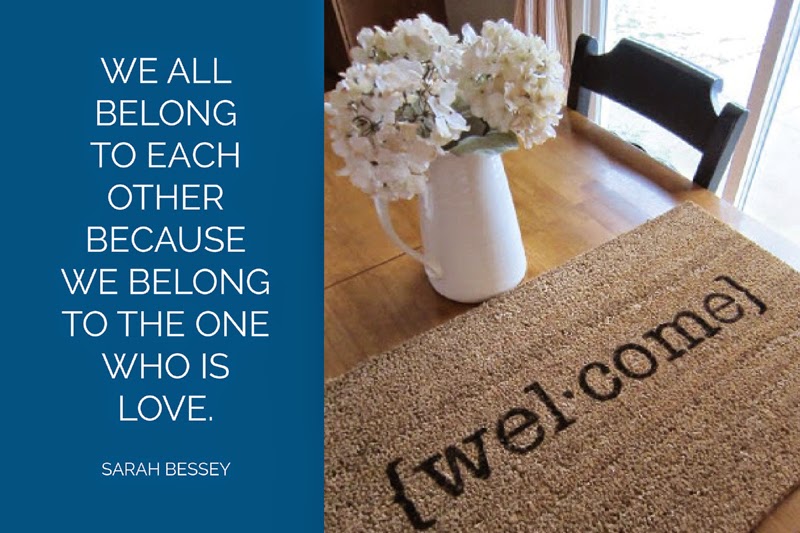 For me the King of Pentacles is usually mixture between a benevolent and proficient CEO and a bon vivant. I think King Midas is more like the K of P reversed.:)

King Midas makes me think of forgetting what is important too. I get it though. I want to make sure my cup stays filled, but I'm so busy focusing on what I want in the cup that I fail to notice the crack in it (which keeps leaking out whatever is put in it).

Thanks for that's a good analogy Bev!