The Hermit - The Inner World 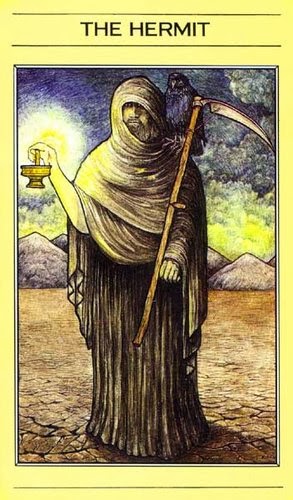 The Hermit is the ninth card in the Major Arcana. he was was once the Magician, is now the wise old man. He withdraws from the world, to find an inner world. His grey robe, a mix of black and white, represents consciousness and the unconscious. Scythe in left hand represents the nature of the life cycle and impermanence. He is often also seen carrying the patriarch’s staff, a symbol of the narrow path of initiation and an emblem of power and authority. It represents the Hermit’s ability to use his isolation and the knowledge he has gained as a tool upon his path to reach even higher levels of awareness.

The Hermit also is carrying a lantern in the other hand where a six-pointed star shines symbolic of the elements fire and, water, and of wisdom. The merging of opposites, both masculine and feminine are intertwined.
The Hermit retreats in solitude, into his inner world, and his will begins to unite with will of the Divine, in order to understand the self, and to seek spiritual wisdom, discernment and improvement of self.
The adage if you cannot live with yourself, and be comfortable in your own skin, it is very unlikely you will be able to live with or appreciate another.We must accept ourselves and the situation we find ourselves in, finding contentment and peace within our soul.

Although there is power in creativity and skill, these do not lead to a spiritual awakening or enlightenment. Happiness is only found within, not in the material world. The Hermit asks us to meditate and to turn our attention inward, so as to find our own truth and understanding.
He is a solitary figure on top of the mountain, which symbolizes achievement, accomplishment and growth. The Hermit is now willing to share what he has learned with others, with love and compassion, with those who are open, who seek and honour the inner wisdom to be found within themselves.

On The Hermit shoulder sits a raven associated with Apollo, the god of prophecy, the symbol of good luck and were the god's messengers in the mortal world.


Dr. Carl Jung deemed raven symbolism to represent the shadow self, or the dark side of the psyche. By acknowledging this dark side, we can effectively communicate with both halves of ourselves. This offers liberating balance, and facilitates tremendous wisdom. 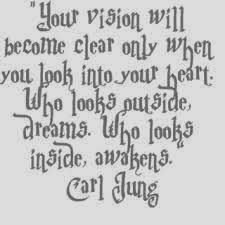 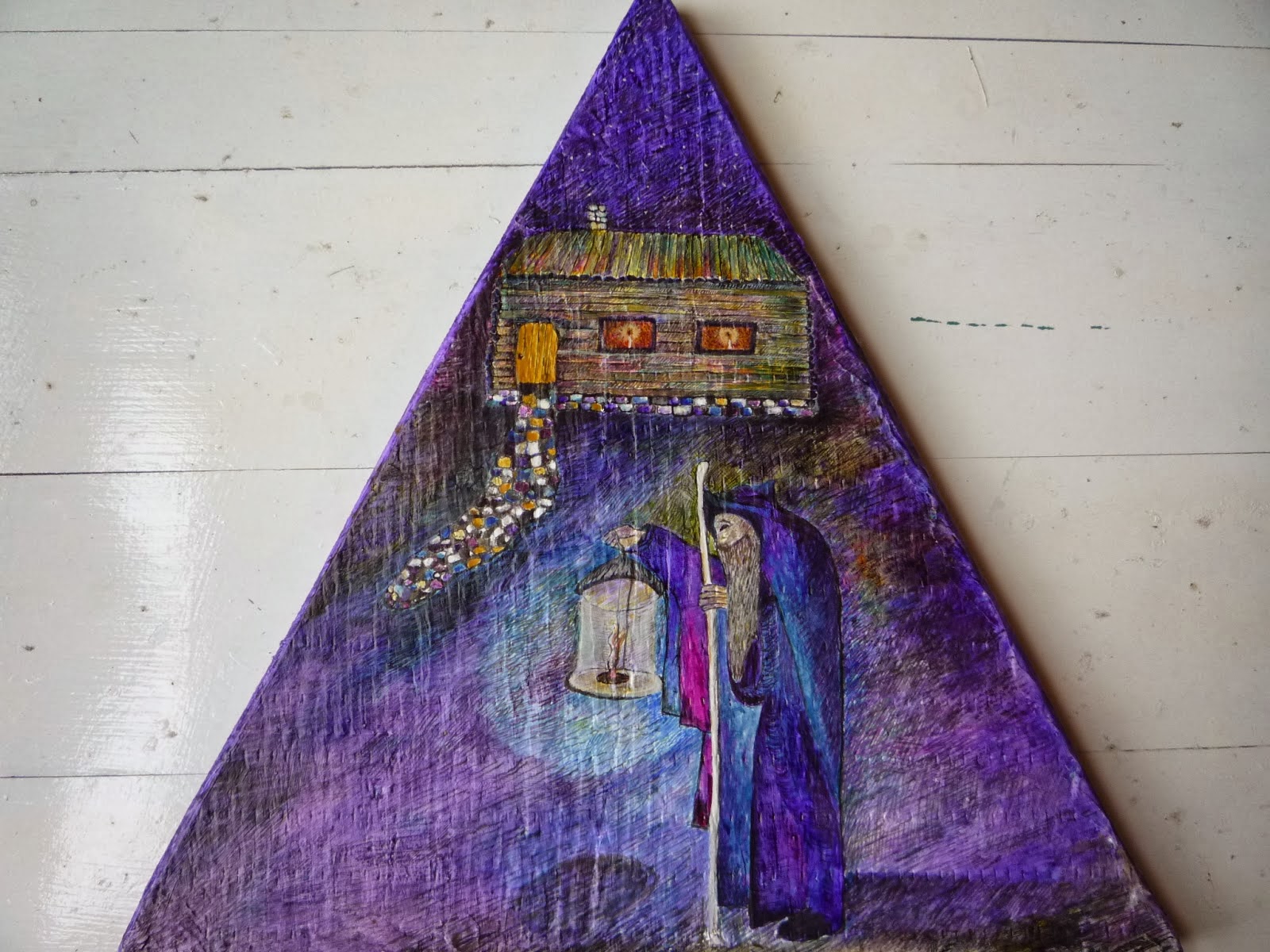