The Magician - The Inner Guide 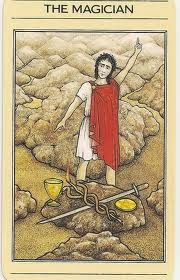 A great card the Magician  is,who appears to possess all the tools needed.  The first card following the Fool in the Major Arcana, it is a masculine card suggesting powerful energy.
There is a great will and determination to see ideas or projects through to their completion. God knows procrastination is something many of us struggle with, and can cause all manner of trouble, chaos, and difficulty. So there is much to learn, and benefit from the Magician's tools. Powers of concentration and control along with desires that are fulfilled by a strong will, and the ability to utilize one's innate faculties to their fullest advantage with originality and invention.

The Magician is the inner guide, and a spiritual teacher for the Fool., and that unconscious power that looks after us.

The Magician is seen often standing at a table with the four emblems of the Minor Arcana: wand (fire), cup (water), sword (air) and pentacle (earth). The four elements are at his disposal and always readily available to him to be used to their fullest extent. 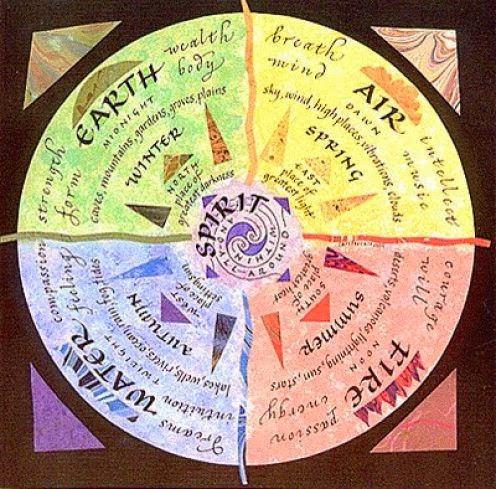 Note: The Magician needs also his own inner guide as he is in danger of becoming preoccupied with the world of material things. I will discuss this in relation to The Hermit in my next post.
Posted by Unknown at 6:47 PM

Email ThisBlogThis!Share to TwitterShare to FacebookShare to Pinterest
Labels: Major Arcana, The Fool, The Four Elements, The Hermit, The Magician, Will and Imagination