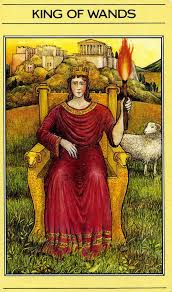 The King of Wands might be the man of my dreams. He represents creative vision, imagination, and a romantic soul. A soul that is guided by a force greater than himself, and symbolizes the influential true spirit of leadership, that is forward looking with great enthusiasm. He is both noble and strong. The King of Wands is what I'd call a man's man, a manly man. ;)

He sets the example of what it means to be a hero. The down side would be that he has a fiery temper, a rather impulsive nature, and can be impatient with others limitations, as he expects humans to rise to the occasion, in order to reach their full potential, and to actualize their capacity in all that they do, so humanity might be more than it is.

Represented by the mythic figure of King Theseus of Athens, he accompanied Jason on his adventure in pursuit and capture of the Golden Fleece. He is willing to do what ever it takes to reach his goals, is courageous and demonstrates many heroic qualities. 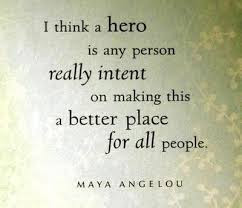