Seven of Pentacles - Seven Directions - Every Thing Is Connected 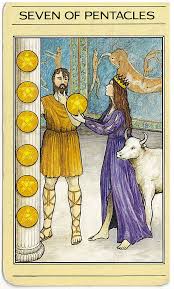 In our Western culture we are more concerned with getting as opposed to giving, generousity is seen as suspect and not perceived as an essential virtue. Generousity involves risk for the giver and for the receiver, or both. But does this mean we should never accept generousity or be generous ourselves? We can either fail or be rewarded by generousity, depending on our attitude toward this virtue. The Seven of Pentacles warns against having a flawed character, that exhibits jealousy, greed, selfishness, and betrayal,

I love learning about the Lakota traditions. I see ancient cultures, such as the Lakota, as being very easy to identify with, and are aligned with my own spirituality. When I saw today's card that I drew this morning, it made me think about the sacred number seven, and about the meaning of Seven Directions within the spiritual tradition of the Lakota/ Souix. This card also brings to my mind the number four which is also of very especial significance to the Lakota. relating to the Four Directions. 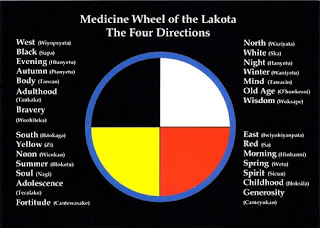 I have always been very deeply drawn to circles of every kind.
From our formative years, through ages four to seven, artwork in the pre-schematic stage refers to children having a proclivity to draw representational images resembling symbols, often are in the form of a circle, these images may only be understood by the child, and often reflect elements in nature. 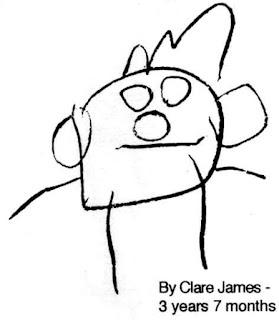 In light of this innate ability, and desire for humans to draw the circle, it makes sense that the circle would represent an ancient sacred symbol, inherently found throughout the universe, and within the world.

The Medicine Wheel is the most commonly found sacred symbol used by the Lakota to act as an important spiritual guide, and directly reflects the interconnectedness and interdependency of all living things. According to the Lakota tradition, the natural law of generousity states, that energy we use to communicate, returns to us fourfold. If we reflect the seven virtues, of prayer, respect, compassion, honesty, generousity, humility, and wisdom when communicating, this will in turn effectively help us to communicate, and make decisions that will benefit everyone. The Seventh Direction is centered around taking care of our mind, body, heart and soul. We are all part of a greater whole, and everything is connected. I believe knowing this, is a very much needed thing, in a world that is increasingly more disconnected an many ways, in spite of the "internet of things" being the way of the world. 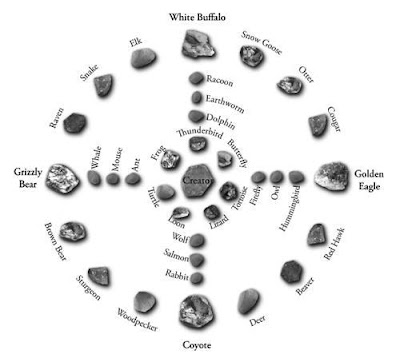 Thank you for sharing this ancient wisdom with us Catherine. I did know about the four directions of the medicine wheel and about the centers stones etc but I've never heard about the seven directions. It makes the Wheel three dimensional; like a sphere. Beautiful.
I think you would love the "Spirit of the Wheel" Meditation deck!

Thank you Ellen. It is my great pleasure. I feel a special affinity with this tradition. So much to learn! I would so love some day to go on a sweat.