The Sun and Leonard Cohen

Synchronicity lifts my spirits today drawing the Major Arcana card, The Sun and listening to Leonard Cohen's Travelin' Light, from his new release You Want It Darker. I've followed Leonard from his early beginnings and I think this is the quintessential epic work ever, reflecting the kind of insight that is much like what is called "Apollo Longsight", seeing the purpose and reason for his life experiences through hope, faith and with far reaching vision.


Apollo is a lord of prophecy, music and knowledge, the son of Zeus and Leto, the goddess of Night. Apollo is the image of the power of consciousness to dispel darkness and fear. He is the image of hope and faith.

The radiant sun-god is embodied in this mythic image of Apollo, with his classic, handsome looks, his golden wings, and cradling his lyre.

Music being the expression of the sun-god, it transforms darkness into light and meaning. The laurel wreath that crowns Apollo's head, symbolizes his artistic and athletic achievements, although Leonard aches in the places he used to play, because alas he is not the sun-god  but I sure do idolize him.

Clarity, optimism and renewed trust, all enable our understanding of the pattern of life and arms us with  foresight, purpose, hope and faith in the striving human spirit,'travelin' light' toward the goal. 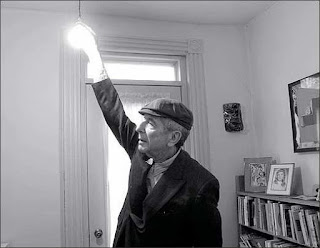