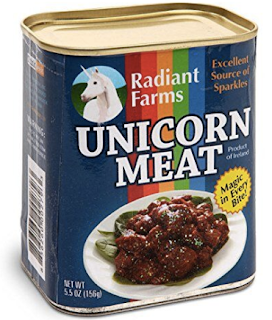 
Over the years I've come to love Tarot more deeply and it fits very well with my creative personality as a visual artist and because I also love to write. Tarot  lends itself to story telling or myth which directly relates to the subject matter of my art work.

There isn't anything I dislike about tarot. I do however find that the misconceptions, skepticism, and deception that surrounds Tarot very frustrating. The Major and Minor Arcana cards of the Tarot are not responsible for this but is attributed to those individuals doing the reading.

I sometimes find myself having to explain just what Tarot reading is, because generally speaking I don't think the average person understands Tarot and what to expect from a reader. I certainly don't mind providing a clear explanation. However it is disconcerting when I meet those who've had negative experiences after having had a reading done.

I've met people that have had unscrupulous readers tell them untruths, half truths or out and out lies. This is both disturbing and hurtful to those entrusting a stranger to supposedly give them some insight,clarity and guidance.

First and foremost a reader's responsibility and the foundation principle of a Tarot reader's philosophy, and what is paramount is to do no harm. For example, to tell someone there is going to be a death, or some other kind of foreboding bad news is not kosher, period! The individual having a reading done should be left with a positive feeling with some insight and clarification of whatever issue they have relating to the question they've asked.

Yes their are those who will present themselves and Tarot as some kind of what I call magical New Age Woo-Woo. But their are those Tarot readers who are principled with great integrity, who hold the Tarot reading as a kind of sacred covenant of ancient wisdom, much like a ritual and consider it a privilege to read the Tarot cards.

Tarot readers with integrity, are very grateful to be given the gift and the opportunity to read for others. They are perceptive and intuitive em-paths, not so-called fortune tellers, and do no harm.

I'm no fan of the description "New Age", because as a Tarot reader, what I do is not new, but very old, very ancient, dating back to the 11th century. I also tend to think the concept of New Age is more confusing than clarifying to the average person.

I'm not implying that there aren't those who have psychic abilities or who are even visionaries, or mystics. What I'm saying is that it's not a prerequisite to being a Tarot reader, but a sense of humour is, along with intuition, perception, having a love and appreciation of humanity, with a good supply of humility are all essential, minus all the Woo-Woo and the unicorns!

Thanks for sharing such interesting and informative post.
Tarot Card Reader